A rainbow-coloured fête of all things tulip, the annual Canadian Tulip Festival in May celebrated its 70th birthday this year. It’s the largest festival of its kind in North America! And I saw it on opening weekend, when things looked their freshest – despite a rogue heatwave during our visit that showed how ephemeral these spring flowers can be. It really pays to go early. 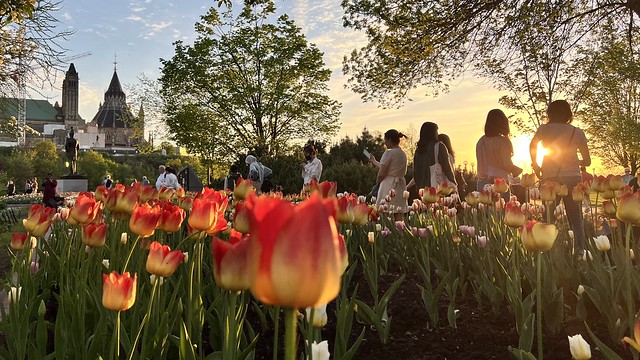 The main show for the event is Commissioners Park beside Dow Lake. But, for ten days, Ottawa is Tulipville with displays sprinkled at key sites through the capital, such as Major’s Hill facing the Parliament Buildings, above. I took far too many pictures to include here, but these few should give you a taste. For more, after you’ve read the post hop over to my Flickr account and see the album. 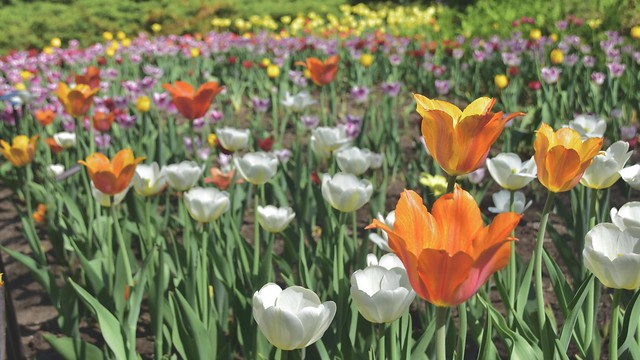 The idea for the festival idea blossomed with an “historic Royal gift of tulips from the Dutch to Canadians immediately following the Second World War as a symbol of international friendship,” says the website.

Canada played a large role in the liberation of Holland in WW2. And, during the German occupation of her country, Princess (and, later, Queen) Juliana of the Netherlands sheltered here with her children. In fact, her daughter Princess Margriet was born in Ottawa in 1943, where the hospital was briefly declared ex territorial so the royal baby would not be born a British subject.

It was Canadian photographer Malak Karsh who suggested turning it into an annual festival in 1953, and we’ve been tip-toeing through the Ottawa tulips ever since. 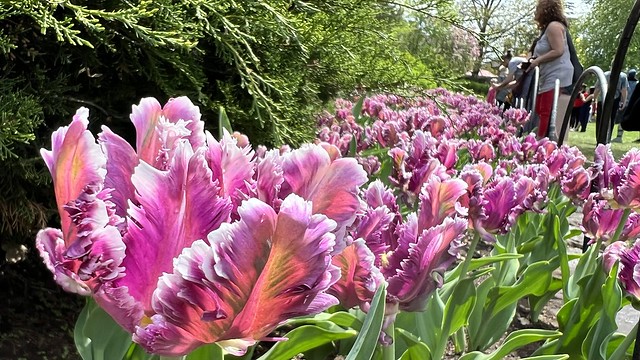 Through no preconceived strategy of mine, I’ll be visiting two more Canadian garden festivals next month – Mosaiculture in Québec City and the International Garden Festival at Jardins de Métis/Reford Gardens. However it came to pass, it’s a fun thing to happen during Canada’s official Year of the Garden.

Helen Battersby is a gardener, a writer, a garden speaker, and a power-walker, not always in that order!